Survivor: Finding Strength by Speaking Out

I'm a Survivor: Finding Strength by Speaking Out

Tammy Sabo is a survivor. 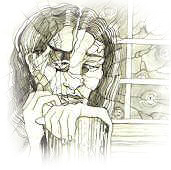 A tenth grader in Syracuse, New York, she is the winner of the State division of the National Family, Career and Community Leaders of America (FCCLA) competition. Tammy will advance to the National level and speak out about domestic abuse and various other forms of abuse. She is a survivor not only because of her perseverance in fundraising to enable her to travel to Anaheim, California, where she will deliver her speech at the FCCLA National competition in July, but also because she is a survivor of sexual abuse. When she delivers her speech, she speaks out for those who have been abused and need to find their voice, and to educate others about the various forms of abuse, healing, and personal strength.

When Tammy was five and a half years old, she accompanied her mother to a local sports store to find a Christmas present for her father. An employee named Bob offered to show Tammy some animals in the display case a few feet away. When Tammy agreed, Bob took her downstairs, promising to show her more animals. "He told me I was a very pretty little girl," Tammy recalled. "He started to rub my back, and I pushed him away. He progressed to touching other parts of my body. I told him to stop, but he said that what he was doing was something only special people shared, and we were two special people. I started to cry, and my mom called for me then. He told me that if I told anyone what happened, he would have to kill my mom and dad because they would not understand, and then he would have to take me away somewhere where no one would find me."

Tammy did not tell anyone what had happened for two years, until she saw a television program about a boy being touched the wrong way. "I began to cry, and when my mom asked me what was wrong, I told her I couldn't tell her," she said. "She asked me why, and I replied, 'Because I don't want you to be killed.' She asked me why that was, and I told her of the events that had taken away my childhood two years prior. My mother and I cried for a long time, and she told me that she understood."
Although her mother supported her, confiding in others proved detrimental. When she talked to school counselors, she said, "They made me feel like it was my fault... They always made me feel like I was the one that committed the crime." It wasn't until her friend Lindsay and Lindsay's mother took her to a candlelight vigil at a New Hope Center in Owego, N.Y., in eighth grade that Tammy saw others share similar stories, and, she said, "I started believing that it was not my fault."

Soon after the vigil, though, she began dating a boy who was emotionally abusive, demanding that she lose weight and telling her that she was getting too fat for him. Tammy stopped eating and began taking Bactrum to lose weight. The drug caused an allergic reaction, and Tammy ended up in the hospital. "When I awoke my mom had a mirror in her hand, and she showed me what I looked like," she said. "She said to me, 'I cannot make you eat. I have faith that you will choose the right path.' From that day on, no matter how bad I thought I looked, I ate."

A year later, at the next candlelight vigil in Owego, Tammy told her story. "I made people cry, and I felt better about what I had been through," she said. She had finally begun healing.

Through it all, Tammy said, her mother, her grandmother, her friend Lindsay, and her ex-boyfriend Matt have been her biggest supporters. "My grandmother has been gone for a year now, but it was her dream to see me overcome the abuse," she said. "I think she would be proud. My mother was also abused at a young age and no one believed her, so she kept quiet. I speak out because she did not have the chance to and I do."

If given the chance, Tammy would speak to her abuser. "I would sit him down and tell him of the hell that I went through during the years that I was supposed to be a child," she said. "I would tell him that no matter how hard he tried, he could never take away my pride in myself. I do not hate him. I do not hate anyone. I do feel bad for him. I feel bad that he had to molest a five-year-old so that for a few seconds he could feel in control."

In addition to competing in FCCLA, Tammy speaks out at her high school and counsels others who have gone through similar abusive experiences. Her advice to those who have been abused: "Do not give up. Speak out and let your story be heard. This is who I am. I am a survivor."